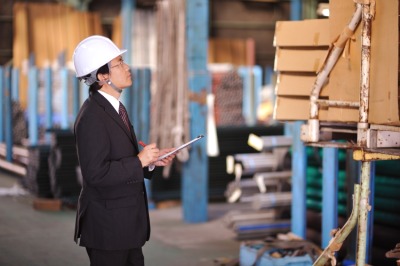 Factory inspector Robots are futuristic machines that will initiate a whole technological revolution in the world of industrial inspection. Factory inspection is a task usually performed by a qualified person who checks that factories comply with regulations affecting them.

Recently, viewing corona spreading and the fact that flights are being recurrently grounded, borders closed, and security tightened, there have been an ever-growing tendency to replace these human factory inspectors with trained Factory inspector Robots to perform these tasks instead in less time and with more efficiency.

Differently put, the pandemic has forced many manufacturers to rethink established practices. In some places, remote sensing and machine learning substitute for fewer visits, overnight package deliveries, and manual inspections.

Robots may be far from displacing humans in manufacturing that requires nimble fingers and flexibility. But systems like the one used by Intelligent Humanoid Reception Telepresence Robot SIFROBOT-5.0 show how AI can help machines carve out niches in manufacturing.

Manufacturers have long used computer vision to inspect products for defects or other problems, but this traditionally involved hand-coded rules for identifying flaws, making it time-consuming to deploy and change the equipment.

Using this telepresence robot, inspection systems can be fed examples of particular flaws or—as with Instumental’s system—be trained on what a product is supposed to look like and asked to identify abnormalities including irregular visitors (spot a particular person in security footage) since it’s equipped with a face and voice recognition technology.

It can also be trained to spot deviations from the norm in images of screws or circuit boards or screens.

The following service robot also contains several sensors distributed in different areas, allowing you to perform surprising actions. All of this is possible thanks to the artificial intelligence that it has incorporated.

Furthermore, the humanoid robot is useful for managing queries, sorting customer data, making calls, managing queries, recording data for billing, answering business questions and job inquiries. That is, this service robot is able to perform all the usual tasks a factory inspector is supposed to do and even more. The main advantages always remain the less time spent and the high efficiency requested.

Automated inspection technology using telepresence service robots is becoming more and more prominent among manufacturers and that’s for the following reasons: They are able to adapt, quickly and easily, to different visitors and surfaces, they can be programmed and monitored remotely, they are able to work 24 hours a day and they have a higher inspection speed than human inspectors. Hence, to deploy the technology in other areas eventually, including inspection and quality control seems to be more appealing now especially if the service robot to use is the Intelligent Humanoid Reception Telepresence Robot SIFROBOT-5.0.

Reference: In These Factories, Inspector Robot Will Check Your Work