The Word of Business and Telepresence Robots 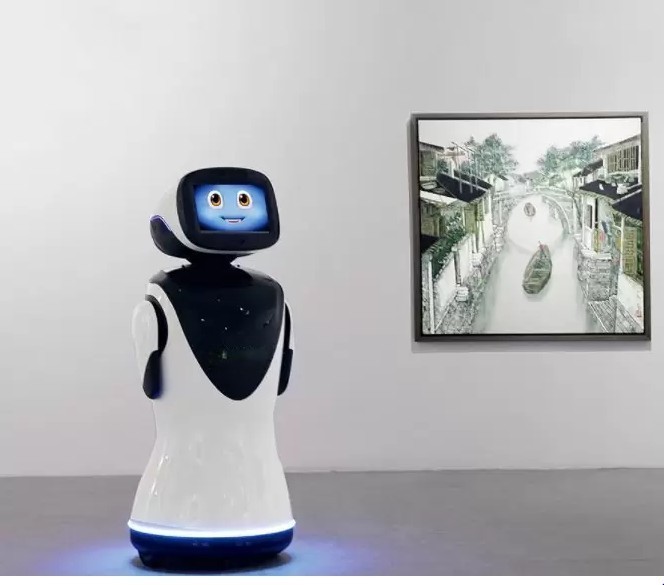 A Telepresence robot is a computer, tablet, or smartphone-controlled robot equipped with a video camera, screen, speakers, and microphones so that persons engaging with the robot may see and hear its operator, and the operator can see and hear what the robot is “looking” at and “hearing.”

Simply described, a telepresence robot can quickly place “you” in a faraway location, giving you a virtual presence, or “telepresence.”

Such types of robots are growing in popularity as their potential continues to be explored, developed, and utilized. That is why they have been greatly requested, especially these late years by businessmen.

This specific category of people are appreciating the cost savings, time and energy savings, and the enhanced communication and presence that telepresence robots can bring to almost any area or a location especially when they are out of reach.

One solution is to employ a telepresence robot to equip oneself with a “far-reaching” set of mobile “eyes” and “ears,” allowing you to have a remote presence at any location with an internet connection, as indicated above.

For example, if you were working from your home office in Seattle and needed to check on a remote office in London to make sure everything was in order, a telepresence robot would allow you to see the arrangement of that office in London with the added convenience of being able to control exactly what you wanted to see by pressing a few buttons from your laptop in Seattle.

To reiterate, the user has complete control to move the robot around the office in London and to view anything at the robot’s location.

Telepresence robots go beyond a simple video conference call because the operator has full control of what they wish to see: no more need for multiple people to leave their seats and rotate so they can be seen by the video screen. This means no more need to wait for an employee to have a remote conference.

However, for employers to enjoy such a luxury and for the robot itself to be capable enough to perform all these intelligent tasks, good quality is ought to be chosen to guarantee an excellent, long-lasting performance.

The Professional Telepresence Robot Humanoid Design SIFROBOT-4.2 is one of the most professional telepresence devices on the market today.

The Professional Telepresence Robot SIFROBOT-4.2 is a humanoid telepresence robot that has one of the most helpful functions in remotely business nowadays which is the Remote Control-One Way Video Call.

When someone is consulting, users can edit the information in the background and pass the information to the guest through the robot. The SIFROBOT-4.2 displays the default expression. It then converts text into speech, but still allows you background control to add a voice or manual input information.

Further, being a professional robot, The SIFROBOT-4.2  can be used as a front-desk reception robot, a shopping guide, etc. The device connecting the robot needs to support the Android 4.3 version.

With all of these professional and high – tech features, the Professional Telepresence Robot Humanoid Design SIFROBOT-4.2 may be the best alternative for employers, especially if they want a high-quality robot that relieves them of the strain of doing several routine duties.

Reference: What is a Telepresence Robot and what can they do?